Proengin detectors are designed to meet the needs of firefighters, police, customs, HAZMAT teams and emergency services who are faced with a constantly changing, multiple threat environment. This environment includes the ability to respond to multiple different types of scenarios including chemical spills, industrial accidents, suspicious packages, drug laboratories, to purposeful criminal/terrorist acts. It is important to have reliable detector technologies in order to help assess and respond quickly and efficiently to any and all potential threats faced.

AP4C technology was originally designed for and still has the ability to detect chemical and biological agents and harmful precursor materials.

It also has the ability to detect new 4th generation agents (including the Novichok family of agents), binary agents (such as Hydrogen Cyanide, Hydrogen Sulfide, and Phosphine), and Pharmaceutical based agents (including Opioids, Neuroleptic Anesthetics like ketamine, and Phenobarbitols like atropine and Scopolamine). AP4C technology has many more applications than just these materials and can detect many toxic industrial chemicals such as ammonia, organophosphates, arsine, and mercaptan based materials along with multiple types of acids, fertilizers, and pesticides. A variety of AP4C detector types exist for use throughout the entire scope of a HAZMAT response, from early warning and persistent detection, to hot zone set up and triage, through to final decontamination and validation.

Proengin solutions are deployed and used by first responders and/or armed forces (dedicated CBRN units and regular troops) in more than 70 countries. These solutions are used for alert, detection, monitoring, and decontamination purposes during a chemical and/or biological event. Proengin detectors are designed to operate in harsh military environments, so they are robust, shock resistant, weather proof, and can withstand extreme temperatures range both during use and storage.

Thanks to our unique technology, AP4C detectors come with critical features needed for first responders:

Thanks to the S4PE and S4PF sampling accessories, Proengin detectors are not limited to vapor phase detection but can also detect the threat in the form of aerosols, liquids or solids.

Furthermore, the S4PE and S4PF devices are extremely useful on the decontamination line to sample unknown substances and validate proper decontamination. With these accessories, the AP4C can switch back and forth between the gas and liquid detection mode.

Proengin detectors are fully networkable via optional wireless (radio / Wi-Fi / Bluetooth) and Global Positioning System (GPS) features. This networking feature is added via a plug and play approach replacing the existing battery tray. As such, this capability can be easily added or taken away based upon the operational requirements and is also backwards compatible so it can be added to existing legacy AP4C detectors. This communication system can be used in two different ways. In the monitoring mode, the detection status and alarms can be checked remotely. This is ideal for perimeter protection or monitoring, as several detectors can be deployed around a perimeter to continuously monitor and transmit geo-referenced data to the base station. The two-way communication feature also allows for organized training sessions thanks to the simulated mode, which allows the user to trigger specific alerts on individual detectors. 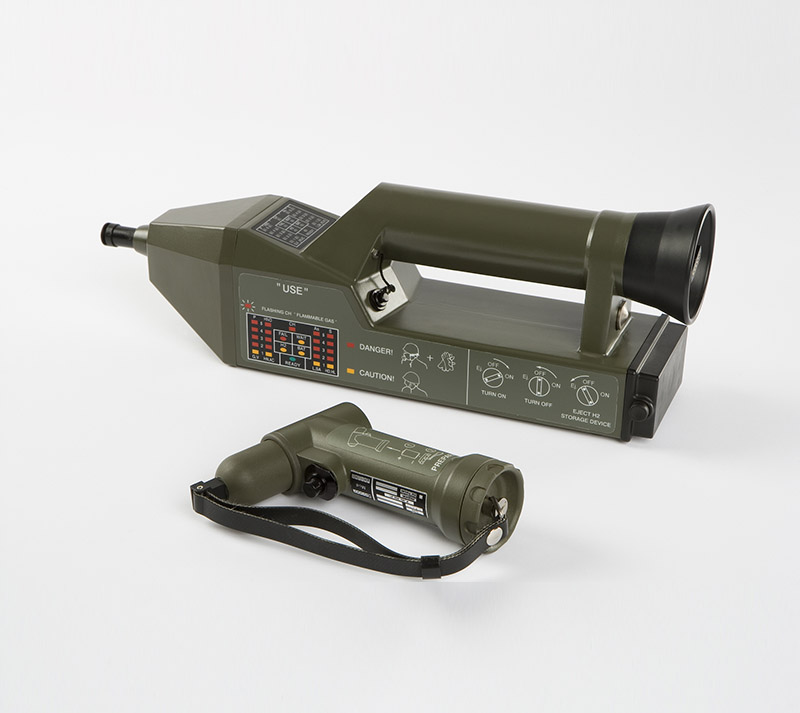